Americana Fiberworks is a women’s fiber arts entrepreneurship program. Before a new Americana participant named Trini enrolled in Fiberworks, she had not learned to sew. Now, she is well-known in her community for her clothing alteration skills.

Gaining new sewing skills through the Fiberworks program, Trini now has regular customers who come to her to alter their items of clothing and purchase her creations. The Fiberworks Coordinator has continued guiding Trini to improve her expertise and keep her customers satisfied with their garment alterations.

Parent And Child Together Time

Americana’s Family Education Program has re-opened for the fall. In the brief two weeks since programming began, our participating families have already learned valuable skills. Hannah*, a mom with an 18-month-old son, is learning new nursery rhymes taught by Family Ed teachers during PACT (Parent And Child Together Time) to develop fine motor skills for babies and toddlers.

Hannah practices each nursery rhyme with hand movements at home with her child. Now, her child hums along with the songs and is beginning to move his hands and fingers to “The Itsy Bitsy Spider.” We are excited to see families like Hannah’s progress throughout this next year!

Sara, a mother of three young children, has held a plot in the Community Garden at Americana since 2021. She loves to grow squash, beans, pumpkin, and tomatoes, and okra. Her favorite way to prepare her vegetables is to stir fry them.

Sara has become an important community leader and resource for other gardeners who speak Karen. She provides extra support for the Garden Coordinator to communicate with gardeners who have lower English proficiency, including one gardener who does not read. Sara is gardening in the high tunnel at Americana and has created a trellis network made of twine for her squash plants and bean plants to grow upon.

This is what Sara says about her garden:

“I can grow what I like to eat. It’s more meaningful when you eat what you plant. It’s organic and doesn’t cost a lot of money. I know it is healthy, all natural, and fresh. It makes me feel healthy. It also makes me remember where I am from. I enjoy it, it helps me be happy. I love gardening…

I have the opportunity to enjoy the same things I did in the past. When looking at the plants after pulling all of the weeds, it makes my heart happy. It looks beautiful when it is all tidy and the green beans are hanging from their vine. It’s very peaceful to see that your plants are growing; that they are healthy. It feels good.”

Milo and his family have been a part of Americana for at least the past three years. Before the pandemic, Milo and I had begun to talk about and work on his emotional awareness, control, and overall mindfulness specifically around anger management.

I was quite worried when COVID-19 hit that the work we had done would regress. We had little contact during the pandemic, and it wasn’t until this summer that he reached out. He was very interested in coming back to Americana when we began the in-person summer program to show me how much he had been working on his anger and how much he has changed.

I was impressed and surprised to see how much he had grown! Milo was even helping his brother cope with anger by using techniques we worked on together.

Now, as one of the older students in the program, Milo has taken on a leadership role.

He rallies students to get involved in mindfulness classes and shows up as an example for other participants. He still has his moments, but it has been amazing to watch him become aware of his behavior and work to change his mindset during these times.

This year, we are focusing on implementing Social and Emotional Learning in our teen group. This includes creating emotional safety plans and opening discussions on awareness, behavior, and mindfulness. Milo has been a main motivator in creating these program changes and has helped lead our teen group to this important step in development.

A letter of gratitude

I want to express our gratitude to the staff of Americana Community Center for all the support that you have given to our family during the past year.

My name is Francisco, I am Honduran, and my family and I immigrated to this country 20 months ago. Like many of the families who came to this country, we went through the difficult process of adaptation while experiencing employment, economic, and health challenges.

We want to express our deep thanks for the support we received across several donations of food, clothing, education through the program for our children, and financial support. All of this has been a tremendous help to cover the necessities that our reduced income made challenging. Earlier this year, we were surprised to receive a call of assistance which brought me to tears.

I am convinced that when we help others, God blesses us in surprising ways. In Honduras, as well as in Guatemala and Nicaragua, the COVID-19 pandemic and both Hurricanes Eta and Iota have resulted in overwhelming needs. In the past few months, in addition to arranging resources for families abroad, I have been able to share a little of my earnings from my new job with these families.

When we first received the donations from Americana, I had been without work for two weeks. The help has been an answer from God to our needs. We thank the generous donors who support this organization and all the volunteers who give their time in service to the community.

This story was translated from Spanish to English and edited to protect the privacy of the original writer.

Omar is a 32-year-old Ethiopian immigrant who is now a citizen of the US. We have had a long coaching relationship going back to when he was formerly homeless. Omar came to me one day with an eviction court order with the virtual court date in three days. This was due to a lack of payment because of a loss of jobs during the pandemic.

Omar also was experiencing high levels of stress, so I connected him with our onsite therapist to begin counseling.

We attended court that week in which the lawyer for the plaintiff argued he was entitled to immediate judgment because of lack of payment. The court passed the case to be reviewed in two weeks giving us some time to find assistance. During these two weeks, Americana worked with the Louisville Metro Housing authority and they agreed to help with rental assistance.

Luckily, the CDC ordered a moratorium on evictions during this period and we were able to support Omar in writing a formal declaration to the courts to stop his eviction. Though a lawyer working for the landlord argued that our declaration was invalid as the case was filed prior to the CDC order, the judge ultimately sided with Omar and interpreted the CDC order as retroactive.

Omar secured his place of living, has found a new job, and now makes his housing and utility payments. 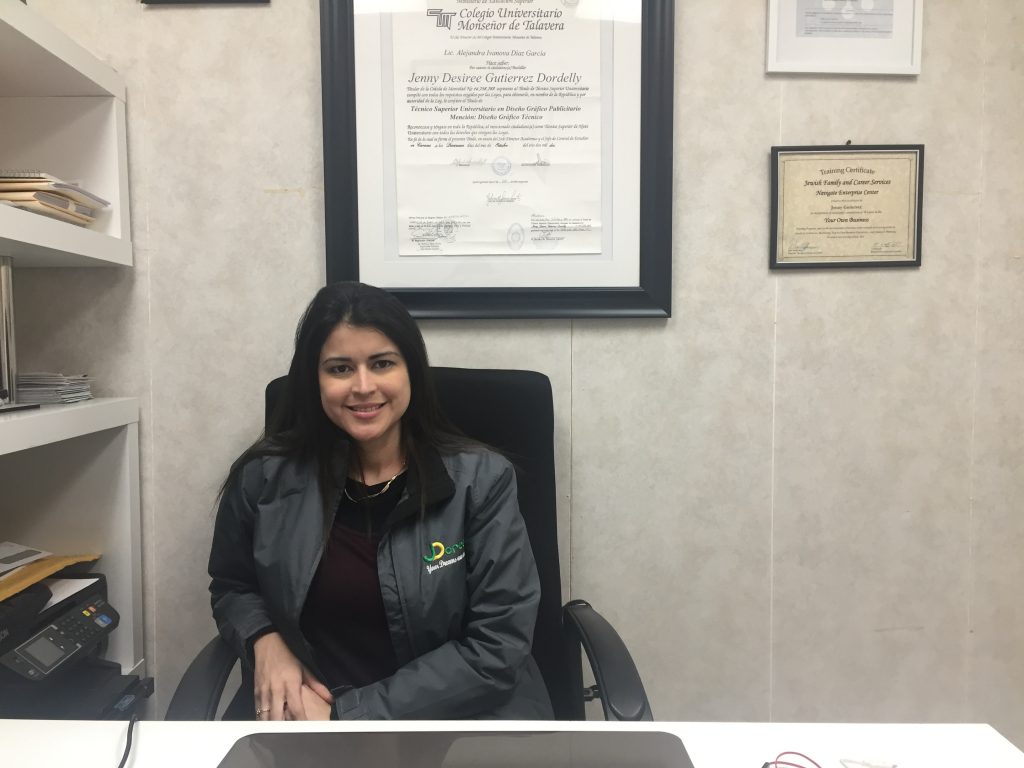 Jenny works long hours—often six days a week—and she attributes her resolute motivation to her desire to provide for her kids. Jenny’s goal is to grow her company so she that can hire employees and spend less time working. “This is my project: time for my kids,” Jenny declared. “I’m a single mother…but I want time, because I want a quality life for my kids. First it’s my kids, then it’s me.”

Haja Kamara has worked as a case coordinator at SAFY of Louisville since July 2021. She recently completed her service with the AmeriCorps in 2021. She is bilingual in English and Krio and is dedicated to serving her community through educating community members about the justice system.

“Americana has been a part of my family’s life for over ten years,” Haja reflects. “My mom, all three of my sisters, and myself have all been involved in Americana’s programs and classes…

My mom learned English through Americana’s ESL programs, my older sisters wrote their college admissions essays with family coaches. I found my childhood best friend here. I can see my little sister learning valuable things about responsibility and friendship in after-school program. Americana has been an essential part in my educational and personal success.”

Haja was selected as panelist at Americana’s first annual International Women’s Day Breakfast Briefing in 2022 and now serves as a Family Coach at Americana.